The report also listed the challenges facing businesses in the country, from the pandemic and the domestic economic slowdown to changes in the global environment, which the majority of firms polled said could “make their business more difficult”.

According to the European Business in China Confidence Survey 2022, launched by the European Union Chamber of Commerce in China (EUCCC), most European companies in China posted positive revenues, and 79% of them reported growing profits in 2021, even higher than the 73% which did so in the previous year’s report.

The report also found that 60% of European companies said that doing business is to some extent “becoming more difficult” in 2022, compared with 47% in 2021.

Among the issues mentioned in the EUCCC report, Covid-19 is at the top of the list, followed by China’s economic slowdown. Some 42% of the firms said stricter government regulations had caused them to miss business opportunities.

But Chinese analysts say the conclusions of the EUCCC report about the trading environment and hardening regulation are to be expected, because business organisations are increasingly using such reports to put pressure the Chinese government to grant them extra concessions.

“The report does not reflect the true picture of the world's second-largest economy,” Cui Hongjian, Director of the Department of European Studies at the China Institute of International Studies, told the Global Times.

Cui said: “Chinese analysts said that some European companies tried to exaggerate their challenges for the purpose of ratcheting up pressure on China in exchange for potential windfalls, and winning some bargaining chips in Brussels’ future negotiations with Beijing.”

He added: “It is unfair to attribute their business operational difficulty to Chinese policies, disregarding that European businesses have pocketed tens of billions of dollars from the Chinese market in the past decades.”

Bettina Schoen-Behanzin, Vice President of the EUCCC, said at the launch event that “the only thing predictable about China today is its unpredictability”. She told the Global Times that China’s zero-Covis policy “causes a lot of uncertainty”, which makes investors and consumers cautious.

And Denis Depoux, global managing director of Roland Berger, commented: “China remains crucial for most European businesses, both as an outlet for products with strong competitive advantage, and as a powerful industrial production base. It is too big and too important to scale down, but a holistic and stable framework is needed.

“The deterioration of internal and external business conditions, with 13% more survey respondents finding business in China more difficult in 2022, even before the Covid resurgence, contrasts with the crucial role of China for them.”

However, Cui said: “Aided by the dynamic zero Covid-19 policy, the Chinese economy is again regaining momentum, and the foreign companies with a long-term commitment to China’s huge market will obtain due rewards.”

Growth is 3.8 percentage points faster than China’s overall foreign trade growth in the same period, according to the General Administration of Customs (GAC).

The BRICS group of countries consists of Brazil, Russia, India, China and South Africa. From January to May, China’s exports to the other four BRICS members grew by 18.1% year-on-year, while imports from them was up by 6.6%, GAC data revealed.

Mechanical and electronic products accounted for 69.7% of China’s exports to other BRICS countries in terms of value in the five months, while 76.3% of China’s imports from them were energy and agricultural products, as well as metal ore.

‘No point in offering tax breaks to multinational firms’

China continues to pursue opening up of services sector

Retail sales and inflation both on the rise 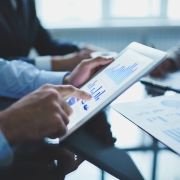 Students staying away from the classroom, survey finds
Scroll to top
We use cookies on our website to give you the most relevant experience by remembering your preferences and repeat visits. By clicking “Accept”, you consent to the use of ALL the cookies. However you may visit Cookie Settings to provide a controlled consent.
Cookie SettingsACCEPT
Manage consent