Some 845 Chinese-owned companies filed audited accounts in the UK in at least one of the last two financial years, compared with 838 in the 2020, annual research by accountancy firm Grant Thornton has found.

Consumer businesses dominate this year’s Tracker, accounting for 28% of the 845 companies. This is followed by Manufacturing and Industrial (22%) and Business Support Services (17%).

However, private healthcare was the standout sector for revenue and employee growth in the Tracker. The 36 companies included (a 29% increase on the previous year) grew their revenues by 40% and staff numbers by 14% – a rarity in this year’s Tracker, with most sectors seeing a reduction in employee numbers.

Simon Bevan, Head of China Britain Business Group, Grant Thornton UK, said: “These Chinese companies represent only a fraction of those doing business in the UK. In total, we identified around 30,000 companies that are part of a China-owned corporate group or are majority held by a Chinese national.

“The average revenue growth of Chinese businesses in the UK remains strong and this is the fourth consecutive year that the number of businesses included in the Tou Ying Tracker has grown – despite economic headwinds including the Covid-19 pandemic and Brexit – showing that the UK continues to be an attractive place to invest and work. Our Tracker finds that Chinese investors are active across a wide swathe of the UK economy, with companies from eight sectors included in this year’s research.”

The Tou Ying Tracker also found that Chinese companies have created or supported almost 61,000 jobs in the UK. Of the businesses included in the Tracker, almost 30% of their employees work in North West England, with 20% based in London.

The Tracker also finds that the mid-market (businesses with an average revenue of between £50 million – £1 billion) accounts for almost 70% of employees from businesses in the Tracker, though the market segment represents only 10% of companies.

Chinese M&A activity in the UK

The Tou Ying Tracker report also analyses the complete Chinese investment landscape in the UK – in which mergers and acquisitions play an important part. The research found that, in 2021, 58 deals in the UK involved Chinese investment. TMT and the Life Sciences sectors made up the majority of these, accounting for 29% and 26% of total deals respectively. The total value of disclosed deals involving Chinese investment in the UK in 2021 was £3.59 billion.

Bevan added: “The pandemic has undoubtedly made business more difficult, but trade and investment between the UK and China has held its own. But this was not the only impediment to international trade and investment over the last year. Surging energy prices, clogged supply chains, uncertain consumer confidence and inflation all contributed to a lack of confidence about global economic conditions.

“In spite of these difficulties, Chinese businesses in the UK are showing increasing confidence about the future. Though Chinese foreign direct investment (FDI) into Europe fell to a 10-year low in 2020, the UK retained its position as one of the top three destinations in the region.

“We expect that the UK will remain a key market for Chinese investors, both for those investing for the first time and those with well-established operations in the country. Given its status outside the EU, the style of Chinese investment into the UK may change, as companies make sure they retain a foothold in the EU, but the UK will still likely form an important part of their European strategy.”

SMEs to get access to new RM50m capital financing fund 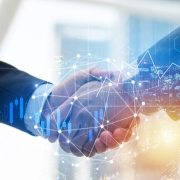 ‘No point in offering tax breaks to multinational firms’

Indian firms flourish in UK, with revenues on the rise

Ukraine invasion puts pressure on Indian banks
Scroll to top
We use cookies on our website to give you the most relevant experience by remembering your preferences and repeat visits. By clicking “Accept”, you consent to the use of ALL the cookies. However you may visit Cookie Settings to provide a controlled consent.
Cookie SettingsACCEPT
Manage consent